Why are women having sex without orgasms in their relationships?

I saw an older rom-com last weekend titled: “Because I Said So” (link is external) with Diane Keaton playing a neurotic mother trying to find a partner for her youngest still single daughter. While the movie is not one of Keaton’s best (hands down Annie Hall (link is external)), the moment that touched me the most (no big spoiler alert here) was when she let her daughter know that she had never experienced an orgasm.

Because I Said So
The female orgasm is under the microscope again in the media but for different reasons. n the recent HuffPost article (link is external) by Catherine Pearson, women discussed their acceptance of not orgasming with their partners while still being able to bring themselves to orgasm through masturbation. A few women expressed the wish to stop faking having them during intercourse, and one woman said she wished her partner would try harder. It occurred to me that what wasn’t fleshed out fully in the article was the anxiety and fear these women had in their partner’s reactions when they brought up the fact that they weren’t orgasming. One man became enraged that his wife was faking and keeping it from him for so long and yet didn’t attempt to bring her to orgasm in their subsequent sexual sessions. The other man sobbed for all the years his wife had missed out on the pleasure she could have received and at his failing to give to her.

While an orgasm is not the be-all end-all of any sexual encounter by any means (in fact, putting too much emphasis on ‘finishing’ may create performance anxiety and inhibit couples’ ability to linger upon and savor other sensual acts), it nevertheless upset me that so many women are in relationships with a sexual disparity without a healthy way to address it if they want to. I am not judging women who seem happy without a partnered orgasm, I just wonder if they had more Sex Esteem™ which=education+communication skills+ confidence, they might feel even closer to their partners. While there are certain medications and medical issues or past trauma which may inhibit a women’s physical ability to orgasm with or without a partner, the majority of these women had relationship or power dynamics, and/or lack of their partner’s technique in resolving their dilemma.

We have come (pun intended) a long way since the 1970s when my colleague Betty Dodson (link is external) began running her Bodysex (link is external) groups where women learned about their bodies and how to self pleasure. Betty was and still is a disruptor of accepted myths. At that time, the accepted theory was still Freud’s (link is external) that a clitoral orgasm wasn’t a mature one and that a “real” orgasm was a vaginal orgasm. 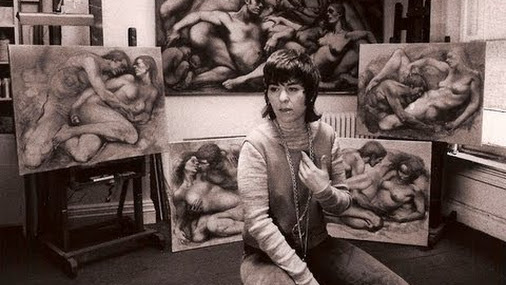 However, I still see women of all ages in my private practice who have challenges achieving orgasm for a variety of different reasons. Some women are capable of achieving orgasms alone, but not with a partner; others have never had an orgasm, and others still who are generally dissatisfied with the quality of their sex lives (solo or partnered). Some of them still feel shame and embarrassment that they aren’t climaxing with their partner and/or with intercourse. Others may feel that they’re rejecting their partner or being antisocial as was suggested in a recent NY Magazine articl (link is external)e if they pleasure themselves alone.